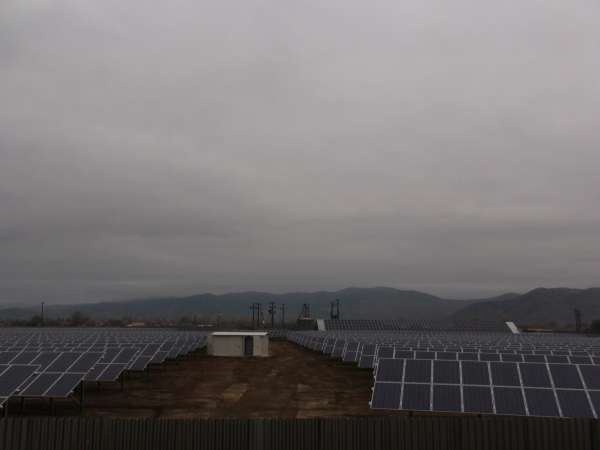 GRID CONNECTION OF A 1MWp PROJECT FOR THE COMPANY “ENERBAK” NOVEMBER

GRID CONNECTION OF A 1MWp PROJECT FOR THE COMPANY «ENERBAK»

On November 9th 2011 the 1 MWp project owned by the company “ENERBAK” and constructed by NRG-ORION S.A. was connected to the grid.

The plant is located in Georganades, Trikala. The project is currently under trial operation until the final acceptance by the grid operator.

About the project: The installation began on August 20th 2011 and was completed on September 26th, a record time considering the amount of work required.

PV modules of the German photovoltaic company SOLON SE have been used; inverters are by SMA and support systems by SCHLETTER.
The transformer is a low-losses oil transformer by ABB.