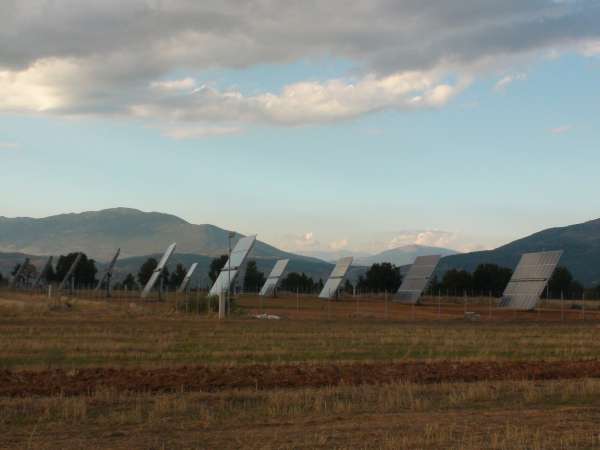 The energy yields recorded over the last 12 months from the two photovoltaic projects with a 100kWP output each in Kastoria implemented by NRG-ORION S.A for the company Eleftheria Vlachou – Sofia Papapaschali General Partnership Ltd. were extremely high.

They approached the yields recorded for similar projects on Crete. The two projects were implemented as turn-key projects by NRG-ORION S.A. using solar panels from the German firm SOLON SE, SMA STP 15000TL inverters and a biaxial support system. The annual energy yield was around 210,000 kWh, which greatly exceeded the expectations of the project owners.

Mr. Loukas Vlachos, representative of the company Eleftheria Vlachou – Sofia Papapaschali General Partnership Ltd. issued a statement saying that the choice of NRG-ORION S.A. as the contractor for the project had been the right one, and Mr. Michalis Papapaschalis, also representing the company, stressed that the energy yields for these specific projects were more than 15% higher than those of other projects in the same area. For its part, the management team of NRG-ORION S.A. called these two projects ‘points of reference’.

The management team also stressed that the investor’s decision to choose NRG-ORION and the annual energy yields generated would not result in the company resting on its laurels, but instead gave rise to an even greater sense of responsibility, so that quality projects would be the main policy of the company. According to the head of NRG-ORION S.A., in many cases that was detrimental to sales since many investors – power generators were seeking out cheap solutions on the market.

However, speaking from experience, he pointed out that they needed to understand that they will be tied to those projects for at least 20 years and therefore they are obliged to factor in the cost and weigh it up against quality. Given the favourable regime which exists in Greece, such projects are vital given that over time energy yields will tend to be higher.