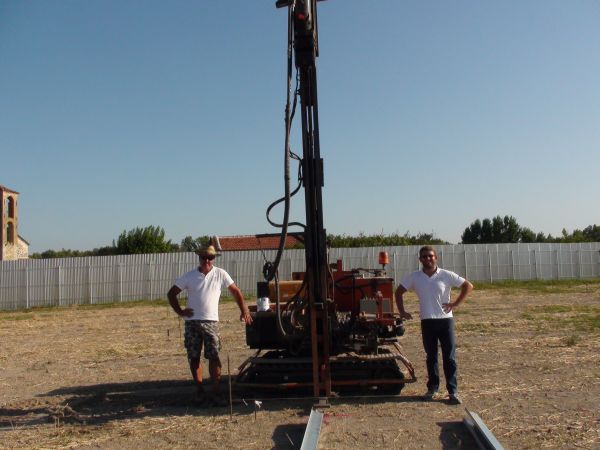 NRG – ORION S.A. HAS ESTABLISHED ITSELF AS A MARKET LEADER IN THE REALIZATION OF LARGE PHOTOVOLTAIC PROJECTS

Thanks to the contract recently signed with “ENERBAK”, the photovoltaic energy production company for a “turn-key project” with a potential production capacity of 985.6 kWp, NRG-ORION S.A. has established itself as a market leader in the realization of large photovoltaic projects. The above project, already under construction in the Prefecture of Trikala, comes in addition to another two completed large projects; one constructed for “PHOTOENERGEIA SIDIROKASTROU”, with a power capacity of 399.96 kWp, which has been in operation for 3 years, and one constructed for “KRONOS SUN ENERGY”, with a power capacity of 1.5 MWp, which has been operating for 1 year.

The trust shown in NRG – ORION S.A. by large investors and photovoltaic plant operators has proved well justified, since the relevant projects have displayed top performance standards in their respective locations. Indicatively, the plant operated by “PHOTOENERGEIA SIDIROKASTROU” has generated 1,725,000 kWh over 3 years of uninterrupted operation, or 1437.50 kWh/kWp/year. The above performance level is 26.3% higher than the guaranteed performance level forecast by the PVSOL simulation software. The projects have required minimum maintenance and there have been no failures or problems.

ON THE PARTNERSHIP WITH “ENERBAK”

All photovoltaic units have been operating for a long period and are installed on land owned by “ENERBAK”, while the 9.9 kWp capacity unit is installed on the roof of an old building.

In addition to the 985.6 kWp plant, NRG – ORION S.A. has undertaken the construction of a plant on the roof of an old building, with a power capacity of 50.82 kWp, as part of the aforementioned investment plan that exceeds 1 MWp.

The company will implement projects on the islands of Kos and Lesvos, with a total power capacity of 1.05 MWp, whose construction will begin once the “ENERBAK” projects have been completed.